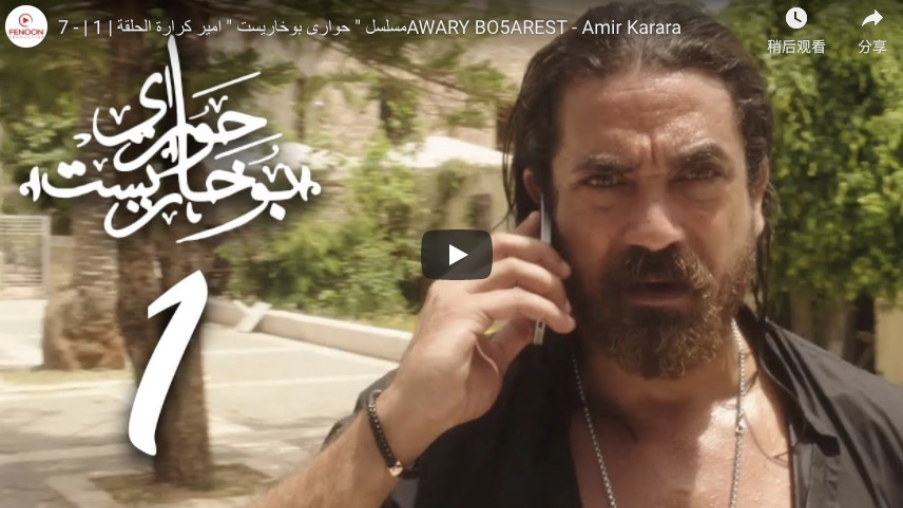 While people love to watch Hollywood and Bollywood movies, yet few are aware of the fact that Egypt has a thriving film industry and their popularity is comparable to what we see in the English and Hindi film industry. There is no dearth of superstars in the Egyptian film industry, and their fan following is huge. Hence, it is worthwhile to follow the latest releases of Egyptian film stars. The year 2019 was a glorious one for the Egyptian film industry. It is anticipated that in the year 2020, the legacy of entertainment will continue as Egyptian movies are lined up for release. This writing aims to improve awareness about the upcoming movies this year. You can watch all the latest Egyptian movies on Vidmate. An app that has an endless collection of movies right from the past to the current era.

King Size is Hendy’s latest movie, and it is expected to be a blockbuster hit. It is expected that the film will release on New Year’s Eve. The illustrious writer Omar Taher has scripted the movie, and the film fraternity believes that it is going to be the best comedy movie that will put the audience into hilarious laughter with no shortage of entertainment. It is directed by Islam Khairy, written by Omar Taher, and starring Mohamed Henedi in the lead role. The story of the film is about a young man facing his grandmother, who has a strong personality and controls every detail of his life. Taha has not got success in life, and he is fired from his job, suddenly he finds himself working with a dangerous gang and becomes the leader of it.

Featuring Abel Wahib, Mohamed Imam, Yasmin Raes, and Amina Khalil the plot of this movie revolves around a quest of treasure hunt with plenty of comic relief. The film was set to be released in January 2020. Written by Tamer Ibrahim and produced by Synergy Film production. Here, Imam Steps into the shoes of a character called Youssef eI-Rawi, a man who is a treasure hunter in this comedy adventure.

It is a comedy movie featuring Tamer Hosny alongside Aicha Bin Ahmed, Mohamed Salam, Tamer Hosny, Ali Rabi, Zeina, and Khaled EI Sawy. The plot of this movie revolves around money and trust, and it is set to be released in December. Here, it is shown that Sief a conman is working for a rich and beautiful woman who is helping her to retrieve money from another conman. Their relationship gets complicated, which is further entangled in deceit and thus keeps the audience guessing about each character’s stand on love, friendship, and the meaning of life. Said el-Marouk directs the film and Mohamed Abdel Maty writes it.

It is one of the most anticipated movies of the year, and people can hardly wait to be the witness of its screening. The pair of Ahmed EI Sakka and Mona Zaki is perceived to be a blockbuster in this action thriller which also features Yossra EI Lozzy and Dhafer AI’ Abideen.

Haifa Wahby will be back with a bang in this action movie also featuring Ahmed EI Fishawy and Ahmed Dawood. The plot of the story is still suspenseful, but from the name of the film, we can understand that it has something about Europe. On its YouTube channel, the production company has released an action-packed teaser where it is shown where Wehbe detonates a car driving a motorcycle following a dangerous chase. The teaser also portrayed Ahmed EI Fishawy as a favourite among women alongside Mostafa Khater sitting in front of a laptop suggesting that they might be hackers.

It was only recently that the Kalabash starrer Amir Karara announced the shoot of his upcoming movie, which is directed by Peter Mimi. Although the plot of this story remains suspense, yet people are keeping their fingers crossed as it is supposed to be one of the biggest blockbusters. The film was set to be released in the summer of 2020.

It was only recently that Ahmed Magdy posted his looks for the upcoming film; here he comes with a new avatar in the movie “Talaat Harb”. Sadly, not much is known about the plot of the movie. Fans are keeping their fingers crossed in anticipation of its release.

The film is directed by Yasser EI Yassery, which was set to be released in January. It features Amina Khalil, Tarek Lofti, Ahmed EI Fishawy, and Mohamed Mamdouh. It is a horror movie and depicts the plight of mentally ill people in asylum.

It is a sequel of the first part, and very little is known about the plot. The release date is still undisclosed. However, it is known that the movie is based on the Ahmed Morad novel. However, it is for sure that the original cast will have some new faces like Hend Sarby and Eyad Nassar. Marwan Hamed will direct the film.

Following the cinematic disappearance of Karim Abdel Aziz, there is good news for his fans, as they will be entertained by two of his works. Apart from the sequel of EI Fil EI Azrak, fans will also get to see Nady El-Regal El Serry. The film is directed by Khaleed EI Halafawy and features Bayoumi Fouad, Ghda Adel, and Maged EI Kedwani. The plot of the movie revolves around the unhappily married dentist. His wife is suspicious and follows him all the time.

The film is a sequel of the release that came out in 2015; Director Tarek EL Eyran renders his Midas touch also. The shooting of the film is underway, and it is all set to be released soon. It stars Ahmed Ezz, Ahmed El Fishway, Mohamed Mamdouh, Ahmed Dawood, and Karim Kassem. The plot of the film has not been disclosed.

The picture is being filmed in Sinai featuring Ahmed Ezz. It is directed by Sherif Arafa and features Hend Sabry, Ahmed Ezz, Ahmed Rezk, and Ahmed Salah Hosny. The plot of the film is set around the Israel-Egypt war that took place in 1967.

The film casts Am Saad and Ruby in the lead role under the direction of Raouf Abdel Aziz. The plot of this movie is based on the story of Seven Samurai. IT features international stars like Mike Tyson and Van Damme.