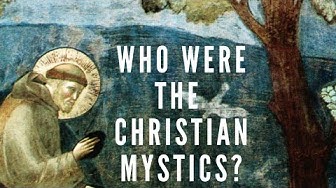 Christian Mysticism Youtube Channel: We find ourselves in a culture where many seek answers to the deep issues of life in spirituality, beyond the boundaries of organized religion. Different needs within people draw them to seek spiritual relief – and for some, esoteric New Age spiritual groups hold a strong appeal.

One example of such a group is the Fellowship of Friends. Also known as the School Group it was founded in 1970 in California by Robert Burton aka The Teacher. There are certain fundamental aspects of this Fellowship which find their counterpart in many other esoteric groups:

I have in the past been impressed by the teachings of George Gurdjieff (upon which Robert Burton based the Fellowship of Friends) and have participated in a number of such groups myself. Gurdjieff, a mystic and spiritual teacher, called his discipline “The Work”. At one point he described his teachings as “esoteric Christianity”. In theory, the “work on oneself” which Gurdjieff recommends should indeed bear fruit in greater self-knowledge. But does it in practice? My own experience has shown me how powerful a charismatic figure can be and how the most intelligent of people might fall prey to such a person, and therefore create situations in which many people become victims of “mind control” or “brainwashing”. I must also say this applies to a wide range of situations in life, not just esoteric groups.

Christians may like to reflect upon how easily a charismatic leader can draw people into a place where the main focus of attention is his or her own magnetic personality. This can be as much of a danger for Christians with a public speaking ministry as it can be for inspirational leaders and gurus in the world of the esoteric.

St Paul spoke of the danger of “false apostles” attributing miracles to themselves rather than God. He expressed his fear lest those he taught had their minds “corrupted from the simplicity that is in Christ.” (2 Corinthians 11:3) And as Jesus himself said, “Beware of false prophets – by their fruits will you know them”.